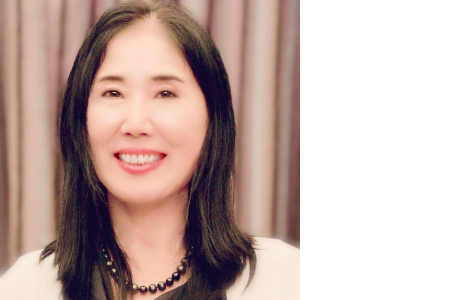 
Yong-Ling came to the U.S. from China in 1984 to pursue further studies. After obtaining her MBA from Duke University, she worked at Wellington Management Company, a Boston-based money management firm with AUM of $900 billion, responsible for business development in Asia. Yong-Ling was instrumental in helping Wellington establish a joint venture investment company in Taiwan. Over her 20 years (from 1993 to 2013) in China, she has provided extensive management consulting to more than 100 multinational and Chinese companies and was recognized as a strategy management expert in China. Yong-Ling co-founded and grew two successful consulting firms in China. The first one was acquired Hewitt Associates and the second one was merged into PwC (PricewaterhouseCoopers) Consulting (China/HK), where Yong-Ling served as a partner, practice leader and executive committee member. 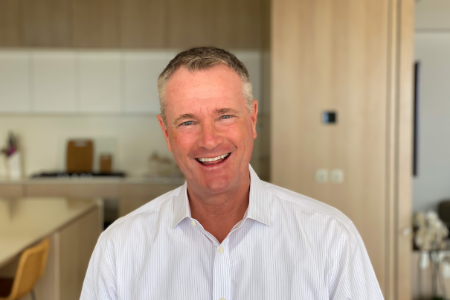 
After graduating as Valedictorian and Student Body President at Dunn, Mike earned an engineering degree from Stanford University and later a certificate in the History of Architecture from Oxford University. While at Stanford, Mike raised venture capital and started his first of many companies, which made computer games for the first generation of game consuls and the first IBM PC. After the company foundered, Mike soon introduced the world to his invention of the “Boone Board” the first “dry-erase/ white board” designed for the consumer market. Inspired by the memo boards he had made for personal use at college, Mike cleared his grandparent’s garage and began manufacturing. He later built a company around the concept, Boone International, which he grew to a $90 million revenue company and which he later sold to Fortune Brands.

In 2003, Mike introduced the world to his second serious invention, the “electric/flameless pillar candle.” Enchanted Lighting was founded by Mike and two Cal Tech graduates based on his love of candle-light and his resentment of how wind, water, melting and fire danger interfered with its enjoyment. From one prototype, the product line grew to hundreds of items sold in dozens of retailers, including Target, Walmart, Costco and Kmart. Mike then sold the company to its management team.

Mike founded the Cremo Company in 2005. Cremo Company has been an astonishing success boasting the nation’s number one beard care product lines, a top-selling shave range, as well as body washes and hair products. The company was sold in 2020 to Edgewell Personal Care.

Sōmer Brands, Mike’s latest company and his 5th start-up, was founded in 2019 with three partners to market a complete range of superior insect repellants. While traveling, Mike observed the category was confusing, poorly packaged and had little innovation since DEET was invented in 1944 by the U.S. Department of Agriculture. Mike also owns a real estate investment company and recently began working part-time as professional Interior Decorator and Garden Designer. For nearly his entire life, Mike has vigorously enjoyed designing, building, remodeling and decorating his own homes and collecting 18th century art and antiques.

An admired entrepreneur and business visionary, Mike has lectured on Marketing, Product Invention/ Development and Entrepreneurial Management at leading Universities including Stanford, Harvard, UCI and USC. He has been a guest of the President at the White House, appeared on national television to discuss his inspiring personal story, and earned several patents for his inventions. Mike also serves or has served on a variety of corporate boards, including Insteon Technologies (Current Member, Board of Directors), COSCO Industries (Past Member, Board of Directors) and SHOPA (Past Vice-Chairman, a major non-profit trade organization).

Mike was the principle donor for “Boone Hall,” the boys' dormitory at Dunn School. 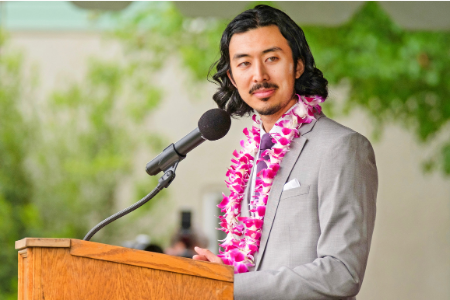 
Justin R. Ching is a Forbes 30 Under 30 award-winning independent writer-director. He is currently developing a feature film with Michel Gondry’s ("Eternal Sunshine of the Spotless Mind") Partizan Entertainment. Most recently, he worked on a new upcoming Netflix series set to premiere in 2021. Previously, Ching has developed feature films for Steven Spielberg's Amblin Entertainment and Alibaba Pictures. He has directed episodes for Amazon’s “Ritual” and Complex’s “Sole Origins.” Prior to this, he was a network Supervising Producer at 21st Century Fox. Ching began his career in primetime television at the Walt Disney Company before moving to YouTube Originals, where he helped develop the network's inaugural slate of programming with VICE, Awesomeness TV, and Jay-Z's Life + Times. 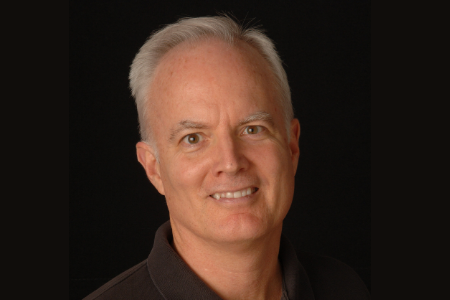 Jay Conger is Chair of the Dunn School Board of Trustees. He is the proud parent of two Dunn graduates Zoe (2018) and Nathan (2020). He holds the Henry R. Kravis Chaired Professor of Leadership Studies at Claremont McKenna College in Los Angeles. Author of 15 books on leadership, he works with organizations and their leaders as an executive coach and management educator. 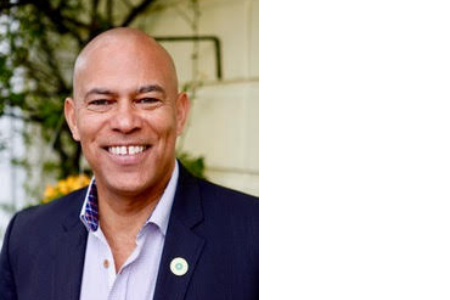 
Don Daves-Rougeaux currently serves as a Regional Director, K14 Technical Assistance Provider for the Bay Area Community College consortia where he supports the funding, development, implementation and evaluation of college and career CTE pathways between the Bay Region's 28 community colleges and the 400+ K12 districts. He is also a current Ambassador for Battery Powered, the philanthropic arm of The Battery Club in San Francisco. He has over 30 years’ experience in education management, strategic planning, organizational development consulting, teaching, athletic coaching, and philanthropy.

Throughout his career he has served in high influence and impactful roles, including University of California Office of the President - Associate Director of Undergraduate Admissions systemwide, founder of the UC Curriculum Integration Institute, and the UC representative on ACHIEVE’s American Diploma Project; as the Vice President, Higher education and Employer engagement for the Linked Learning Alliance; and Higher Education National Executive Director, AP & SAT Policy, Practice and Research for the College Board.

While at UC Santa Barbara he was the Executive Director of Associated Students managing the resources, programs and business operations of the campus’ student government association, was an adjunct professor for Theories and Models of Leadership in the department of Education, and was part of the UCSB track and field coaching staff.

Don’s career is deeply focused on the formulation, execution and management of equity centered K-20 efforts geared at improving college access and post-secondary success for all students. The foundation of which was established in the early years teaching, coaching, and volunteering. He has continuously worked with community youth organizations ranging from anti-gang and job development programs.

Don loves to cook and is best known for his Instagram food postings! 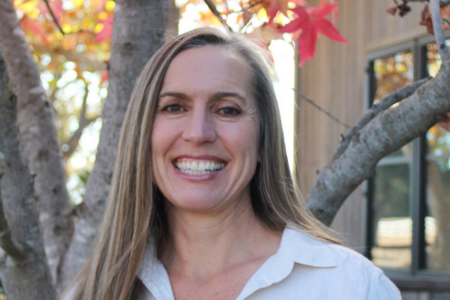 
Kristina (Tina) Grunzweig is Vice Chairperson of the Board of Trustees and chairs the Audit and Alumni Committees. She is a lifelong California resident, save for two years spent in London before she and her family made the Santa Ynez Valley their home. Tina got her bachelor's degree from UCLA in 1992 and her JD from the University of Oregon School of Law in 1997. After practicing corporate law with Gibson, Dunn & Crutcher, Tina became senior legal officer of a startup called PeopleSupport.Com, which she helped prepare for eventual IPO. Retired since starting her family, Tina and her husband Jonathan Grunzweig are the parents of three boys, including two Dunn attendees: Jackson (Dunn Class of 2020) and Bernard (Dunn Class of 2023). Tina resides within a stone's throw of Dunn's campus, and oversees a substantial organic farming operation in addition to a myriad collection of animals. 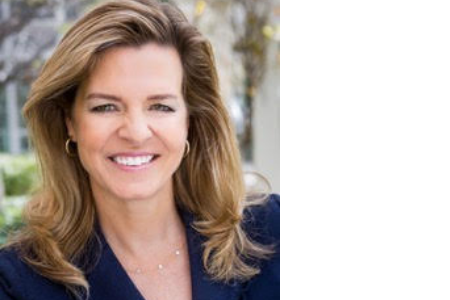 
Lisa Hockin is originally from Toronto. Canada, and moved to San Francisco in 2009 where she lives with her husband John and their four daughters, including Emily Nutting ’20. Lisa graduated from Bishop Strachan School, an independent girls school, the University of Western Ontario with a Political Science degree, and attended Teachers College where she earned her ECE, Primary and Elementary teaching qualifications. Lisa also holds a degree in Architectural and Interior design from the Inchblad School in London, England, and has worked in interior design in Toronto and San Francisco. Lisa has been an educator for 15 years and taught in Toronto, London, and San Francisco, and helped set up and start a school in London, the Knightsbridge School.

Lisa currently sits on a non-profit Board, National Charity League as the current president for 2020-21. She has been an active volunteer with the Katherine Delmar Burke School community for 12 years, co-chairing school fundraisers and a room parent volunteer for numerous years. Lisa has helped with the Burke’s annual fund and was the co-chair of the 8th Grade Class Endowment Gift. Lisa has also been apart of the University High School Annual Fund Committee. She has worked extensively in the San Francisco community for philanthropies including Edgewood. Lisa is a keen athlete and enjoys tennis, golf, running and being with her family.